I was coming to the end of the first year of my undergraduate degree at the University of Warwick in the UK, looking at a list of courses to take in the following year. There were so many possibilities, so many of which I knew nothing about, but one in particular struck me –The Origins of the Modern Novel? What on earth could that mean?

I shouldn’t have been interested in a course like Origins of the Modern Novel. At nineteen, despite knowing so little of the wider reaches of Classics, I was nonetheless confident that I was a historian. Looking back, my idea of history was really just an obsession with Tacitus’ writings and the ways his complex, unbalanced Latin reflected the secretive style of his texts, but even so, my interests at that time lay miles away from Greek novels. Although I was an obsessive reader, I’d always hated studying literature and being told the ‘right’ way to read a text – what I liked about classical literature was its multifaceted nature and the contradictions which complicated any straightforward reading.

Lucian in the snow 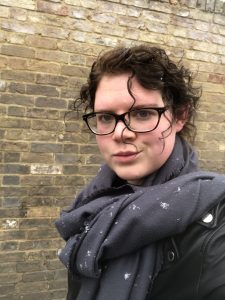 But this was exactly what I got with Origins of the Modern Novel. A real miscellany of a course, we looked at Petronius’ Satyrica, the mini-novella of Nisus and Euryalus in Aeneid 9, the pseudo-Senecan satirical Apocolocyntosis, Longus’ Daphnis and Chloe, Lucian’s Vera Historia, and more. A basic overview of narratology introduced me to Barthes, Bal, and Genette for the first time. I spent the Christmas vacation of my second year reading Apuleius’ Metamorphoses and Lucian’s True Histories during a snowy trip to Venice, not caring that my boots and socks soaked through after an ill-advised walk through the flooded St Mark’s Square as long as my books remained dry. (I still love walks through the snow – see image on the right.) These texts – a strange mixture of fantasy, realia, eroticism, horror, and more – all resisted simplistic readings. Instead, they opened up wider questions – how were such texts read? Who read them? What could they tell us about the contexts in which they were composed? Perhaps most importantly of all, what did they tell us about the ways ancient readers understood fiction?

I’d always loved Classics because it allowed for a holistic look at cultures which had so many links with the modern world but which retained a fundamental strangeness which forced you to think about how language, literature, and culture influenced each other to create something both ancient and new. My earliest exposure to Classics had been spotty – my school had a stack of old Cambridge Latin Course textbooks from the 70s and no teacher, which meant I’d learned Latin with a teacher borrowed from a local private school who had taught us twice a week at 8am, before the school day officially began – but I’d been quickly hooked precisely because of its unfamiliarity which somehow evoked flickers of recognition. The variety of texts in the Origins course brought all of this together into a form which was technically familiar – novels are after all the most recognisable form of written fiction in the twenty-first century – but with themes and content which I hadn’t expected.

It exposed me to something I realised I’d always known but never really understood: fiction is a cultural phenomenon which needs to be contextualised. While you could argue that fiction has existed as long as the human imagination had an outlet, how it is read and conceptualised depends a lot on the culture in which it is consumed. If we look at these ancient texts as ‘the origins of the modern novel’, do we risk missing out on the ways these texts were thought of in antiquity, a world without terms such as ‘novel’ and without strict distinctions between fiction and non-fiction? This friction between the modern understanding of novels as unproblematically fictional, a form almost boringly recognisable, and ancient novels as something without such familiarity, got to the heart of my love of Classics: the tension between the knowable and the unknowable, the well-known and the defamiliarised. 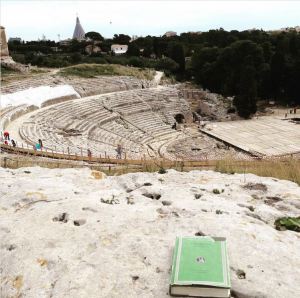 Despite my love of Tacitus, the sheer novelty of ancient fiction won out. After the Origins course, I did my undergraduate dissertation on the Roman novels of Apuleius and Petronius, and when I moved to Cambridge for postgraduate study I continued with novels, moving increasingly over to the Greek novels of Chariton, Xenophon, Longus, Achilles Tatius, and Heliodorus. My PhD thesis looked at concepts of fiction in these texts, not through narratological readings, but as a contextual phenomenon which reflected both earlier philosophical and rhetorical discussions of fiction and also contemporary imperial practices. In other words, I wanted to understand ancient novelistic fiction as a product of the literary cultures of the Roman empire, and to think harder about fiction as a conscious choice rather than just a naturalised part of the novelistic genre as understood by modern readers.

But the questions I’d had since being introduced to the novels remained. I knew that there was very little evidence for how the novels were read in antiquity, and the few testimonia which were extant were often only talked about in the vaguest terms because they undercut the sophistication and value modern scholars wanted to ascribe to the texts. But I remained curious about them. Why was there a tradition stating that some (very obviously) pagan novelists were Christian bishops? Why were some texts talked about so much and others so little? I wanted to explore these later receptions further, but was dissuaded from doing so by my own limitations – being a very traditionally trained Classicist, I was much more comfortable looking back at earlier traditions than moving forwards into the hinterlands of late antiquity and Byzantium – and the lack of scholarly interest about such receptions. Regretfully, I focused elsewhere for during my PhD, working both within the strict limits of the word count and lack of support for what felt like fringe interests. After my PhD I began to dip my toes into these waters, expanding my confidence with later periods and beginning to look more critically at these much-maligned testimonia, while feeling unsure whether this was of interest to anyone except me.

But then I learned about the Novel Echoes project. Hearing about the project perimeters gave me a thrill of excitement: while I’d been feeling constrained by reading the novels solely as imperial texts building on earlier classical traditions, here was a plan to look at the hitherto unexplored terrain of the novel’s earliest receptions not just within Greek and Latin traditions, but in a wide-ranging way across a variety of cultures and time periods. Rather than reading the ancient novel as an ancient precursor to its modern counterpart, here was the potential for a new and more nuanced history of the novel which complicated these simplistic narratives. While I’d previously felt like an outlier for my interests, the project members and the variety of time periods, languages, and cultures they were exploring created the kind of supportive group I hadn’t dared to dream of. I still can’t quite believe my luck that I’m part of such a great team, and that I’m finally getting the chance to research things which I never thought would be considered valuable to anyone besides me. Being able to join the project not only allowed me to join a wonderful team doing incredible research, therefore, but also validated the questions I’d been asking since I read my first ancient novel.